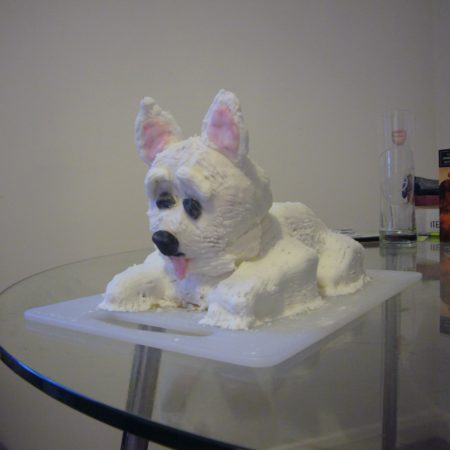 The body and legs were constructed from two cut-up Victoria sponges (one chocolate-flavoured and the other lemon/orange), cemented with vanilla buttercream. For variety, I moulded the head from rice-crispie marshmallow mix, held on with cocktail sticks. A fork created the furry fondant icing!

Be patient - part of the reason I took so long was because I allowed the components to cool properly so the buttercream and icing wouldn't melt.