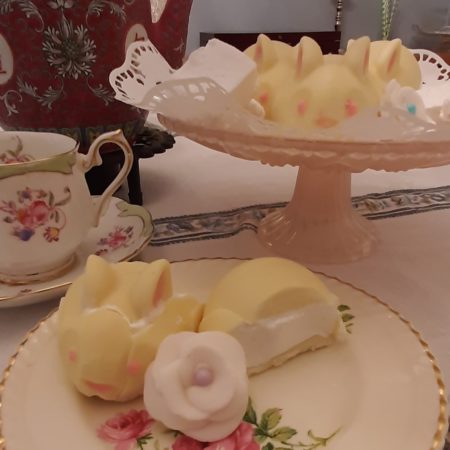 I used melted white Belgian chocolate in a mould. I coloured a small amount pink, brushed in the nose and mouth, then refrigerated. I made vanilla-flavoured marshmallow, piped in the ears and nose, then filled in the rest almost to the top. Once chilled, I added a chocolate layer to cover the base.

Pour chocolate into the mould and swish it around. Brushing it in creates too thin of a layer.

Back to gallery
This site uses cookies to offer you the best possible experience on our website. By continuing to use our website you agree to our use of cookies.
To find out more or to opt out, please read our Cookies Policy.OK