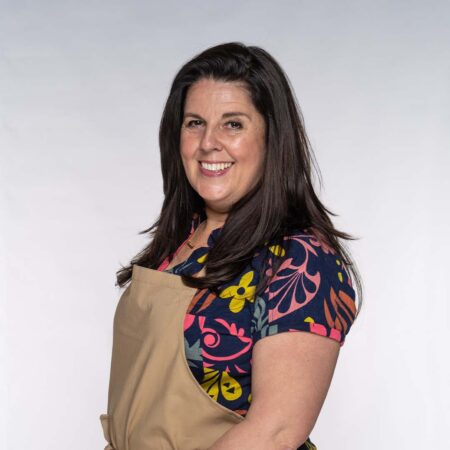 Raised in London with Greek-Cypriot heritage, Amanda studied graphic design at college and worked in advertising before moving to the Metropolitan Police to train as a detective. As a child she baked with her mum, and she learned specifically about Greek baking from her paternal auntie. Her style is generous and creative with Greek and Middle Eastern influences. She loves painting directly on to her cakes, often giving them a pretty, feminine aesthetic that’s inspired by her two daughters. Whatever the season, Amanda loves to start her day with an outdoor swim– the colder, the better!