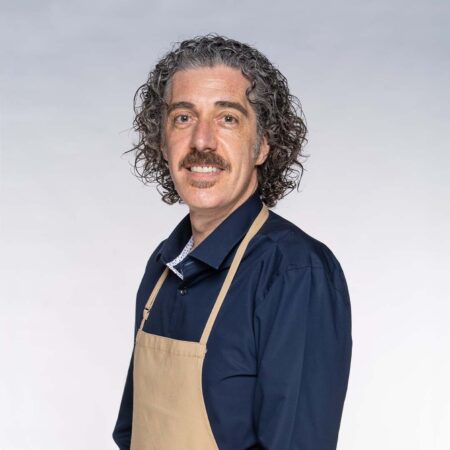 Originally from Italy, Giuseppe now lives in Bristol with his wife and their three young (and noisy!) sons. His love for baking comes from his father, a professional chef who did all the cooking at home as Giuseppe was growing up, including making a cake every Sunday. Inspired by this Italian heritage, Giuseppe loves using Italian flavours in his bakes, while he also brings his engineer’s precision to the results. A self-confessed food snob, he is determined to feed his children homemade confectionary, rather than anything that’s been mass-produced. When he’s not baking, Giuseppe loves indulging his passion for design and architecture, and with his wife has renovated their family home. He also loves gardening.