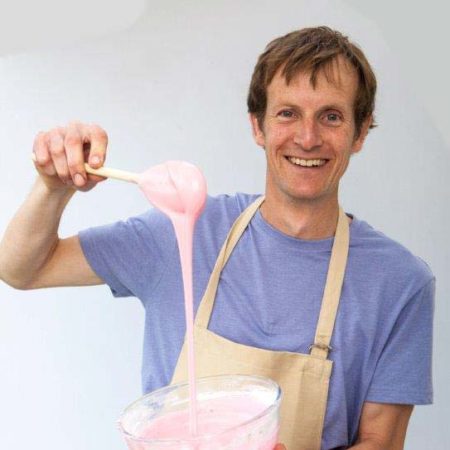 Ian lives in Cambridgeshire with his wife and two children. He’s a travel photographer and has the honour of being the Dalai Lama’s personal snapper when he visits the UK. In recent years Ian’s become more of a househusband and while his wife heads to work he often spends his days making giant catapults and zip wires for his children to play with. He started baking six years ago because he wanted them to have fresh bread every day. Ian’s passion for foraging and travelling the world, mean he’s never afraid to bake with an unusual discovery from his garden – or much further afield.