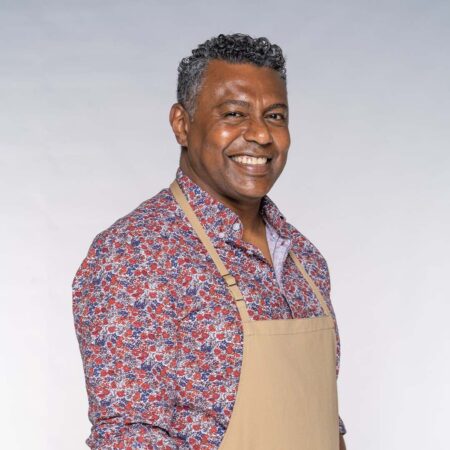 For Trinidadian-born Jairzeno, ‘baking is like breathing’! He started baking in 2014, after becoming disillusioned with delicious-looking bakes that just didn’t deliver on flavour – and now, in his own baking, he obsesses over flavour combinations (guava and chocolate is a firm favourite), using lots of Caribbean spices, and aiming for the perfect pâtissérie finish. Jairzeno moved to the UK from Trinidad & Tobago 15 years ago and now lives in London. He has completed multiple half marathons across Europe and ran the London Marathon in 2012. When he’s not baking or running, he and his partner can be found cooking up a storm in their kitchen, or on walks, looking for shapes in nature to inspire Jairzeno’s next bake.