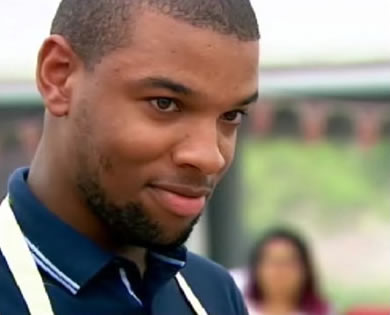 Meet South London teenager Jason whose nickname is Chef Jae. Currently studying Civil Engineering at Loughborough University, he has been baking for about 7 years and is entirely self taught. He likes to bake at least once a week between his studies and enjoys experimenting with classic recipes. Jason hopes to pursue a career in baking but wants to make sure he finished his education first.

Jason was named ‘Star Baker’ twice in the show but was eliminated in round 5 of the competition.