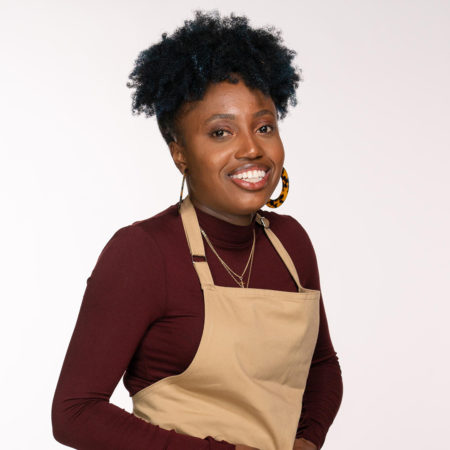 Born and raised in Jamaica, Loriea uses baking as a means to celebrate her Caribbean roots. She moved to the UK when she was 15 years old, but began baking at age five with her maternal grandmother, whose influence plays a big part in her cooking style. Loriea loves to include coconut, chillies and cinnamon in her food and rarely follows a recipe exactly. In fact, from the moment she reads a recipe, she starts to think how she can tweak it to make it her own. Her husband, Peter, is (of course) the biggest fan of her cooking, and he especially loves her Jamaican patties. When Loriea isn’t baking or working long shifts at the hospital as a radiographer, she likes practising the craft of macramé. Growing up, Loriea was really into athletics and has even met Usain Bolt.