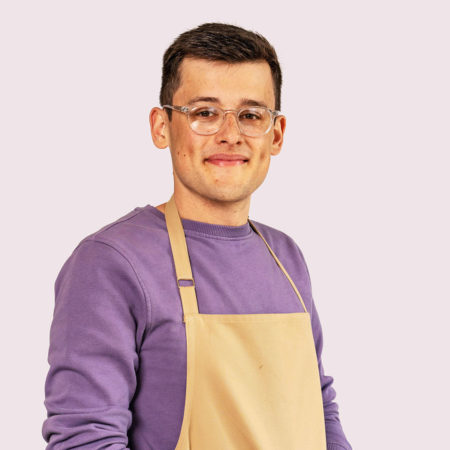 Michael’s mother taught him to bake, encouraging him to learn from old, handwritten recipes passed down from his mother’s grandparents. He was born in Newcastle, but considers himself Scottish as he moved to Scone in Scotland at age seven and studied in Edinburgh. In his baking, though, he is especially inspired by the flavours of his Indian heritage. He now works as a manager at a prestigious theatre company in Stratford-upon-Avon. Michael has attempted pretty much every discipline in baking, but his strengths lie in cakes and pastry.