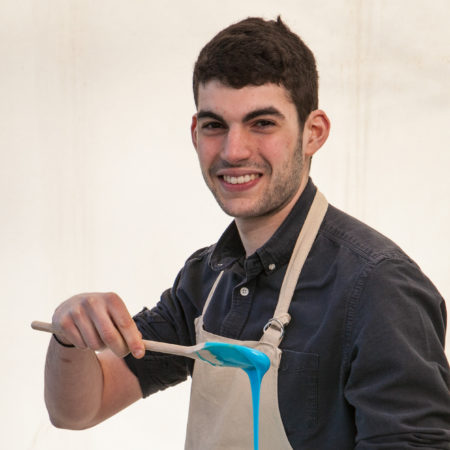 Michael is from London but is currently living with four friends in Durham where he’s studying Politics and Economics. His family are originally from Cyprus and his heritage has a strong influence on his baking, he’s been making Greek Pastries with his nan since he was a small boy. When he’s not playing for his college football team he’s whipping up cakes but admits it’s not easy in a house of students. The kitchen is often busy so he conjures up his creations during the early hours or late at night. He loves to make big grand cakes and enjoys adding different flavours that aren’t traditionally used together.