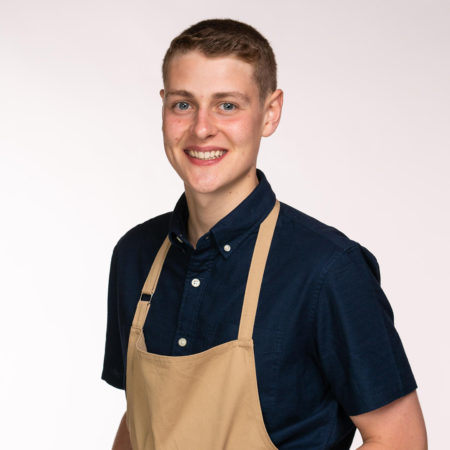 With his parents and brother, Edinburgh-born Peter grew up feasting on his mum’s home cooking. But it was Bake Off that inspired him to start baking for himself – he has watched every series since the first and has been baking seriously since he was only 12 years old. He loves to honour his homeland in his cooking, using Scottish ingredients including berries, whisky, oats and honey whenever he can. When he’s not baking, he is either upholding the family’s love of numbers by studying Accounting and Finance at university, or demonstrating his competitive streak on the badminton court – he has been playing badminton for a decade and has represented his county in the sport since 2012.