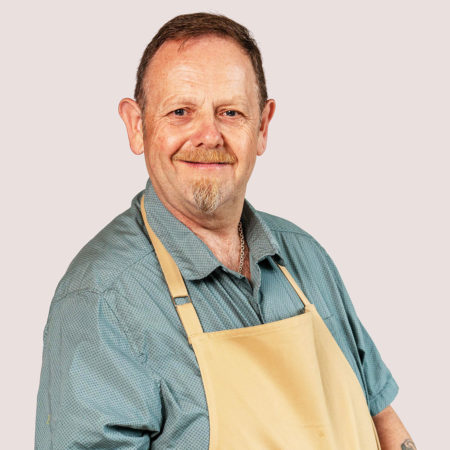 Phil was introduced to the joys of baking bread in his home economics class at school, but it wasn’t until six years ago that he started to take baking seriously. He now bakes four or five times a week, frequently making focaccia, granary bread and brioche, but also pastry (he likes the challenge of hot-water crust, puff and choux). Phil grew up in Barking, training to be a driver at age 17. He now lives in Rainham, with his wife and two daughters. Working the early shifts means that Phil can spend the rest of his day preparing some of the family meals and baking treats for his family and friends. He is passionate about motorbikes and always turns up for biking meetings with bakes. He has been working really hard on his decoration and piping techniques over the last year and now also loves to create really delicately decorated cakes.