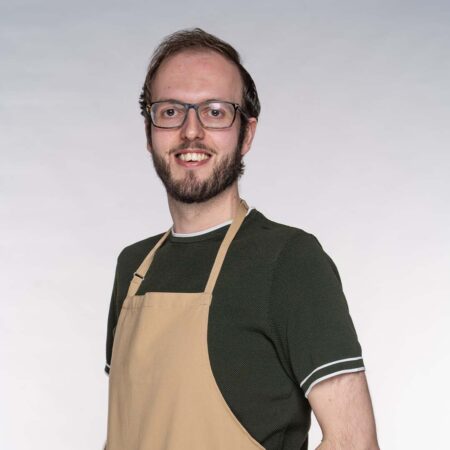 Although he proudly remembers his place as the only boy in his primary school baking club, Tom discovered his true passion for baking a mere four years ago, when he made his dad a sticky toffee pudding cake. Now he bakes several times a week, rustling up everything from pies and quiches to bread. His mum describes him as the ‘midnight baker – before – he moved out of the family home, she would often wake up to a sweet treat… and a pile of washing up! Tom likes to take the foundations of a recipe and make it his own, creating bakes that are fun and often follow a theme. Away from his stand mixer, Tom works for the family software company and loves amateur dramatics and singing. He is also a keen runner.