What we learned from this week’s celebrity bakers

With three comedians and a TV veteran in the tent, episode four of The Great Celebrity Bake Off for Stand Up To Cancer was always going to be a lively affair. Swapping stand up comedy for Stand Up To Cancer, Joe Lycett, Lee Mack, Griff Rhys Jones and presenter Melanie Sykes took on Paul and Prue’s challenges to raise money for Cancer Research UK… here’s what we learned from them.

Lee Mack’s aspirations know no limits – despite sustaining multiple injuries and taking himself right out of his comfort zone with some rather tricky bakes, Lee still has lofty dreams for his culinary career, hoping to one day replace Delia Smith as the face of cooking. If he makes it, he certainly will have come a long way from being Noel Fielding’s flatmate, an arrangement in which we can only imagine involved a lot of takeaway meals… and not much washing up, judging by the state of Lee’s workbench at the end of the showstopper challenge. 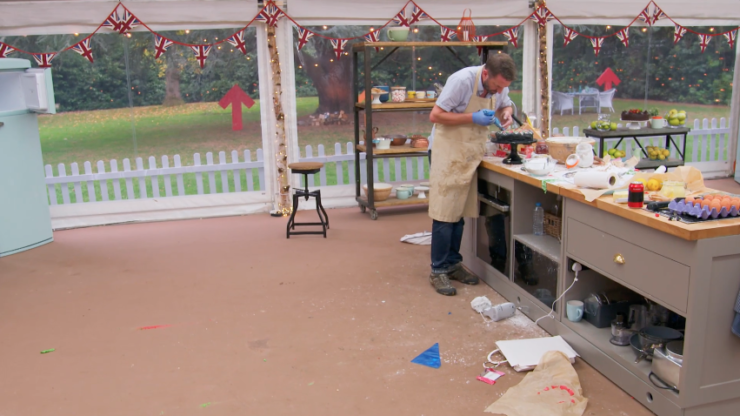 Culture vulture Melanie Sykes broke the habit of a lifetime with a Bake Off hat trick: earning a Hollywood Handshake for her showstopper, coming first in the technical challenge and, finally, claiming the Star Baker pinny as her own. If her claim at the start of the episode that she’d never won anything in her life before was true, then we can only hope she’ll enter more baking competitions in the future. Congratulations, Melanie! 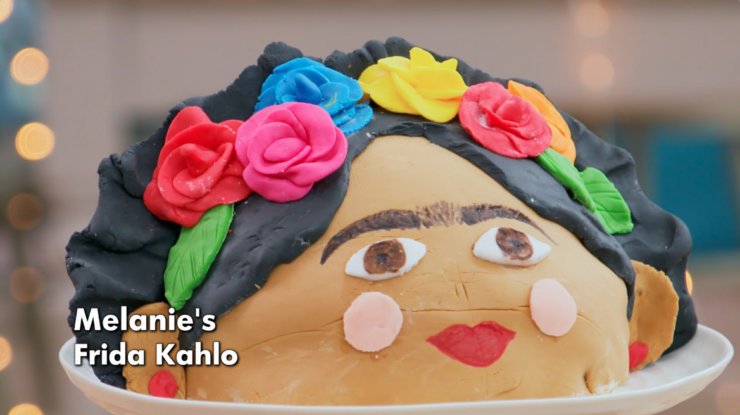 Joe Lycett used his time in the tent to offer us a crash course in stress management. As a man who spends his spare time soaking in bubble baths and drinking champagne, we can safely assume that he knows a thing or two about how to unwind. The two main takeaways from his lesson: there’s always time for a quick champagne break, and there aren’t many judges in the world of baking who can’t be bribed with a glass of fizz. 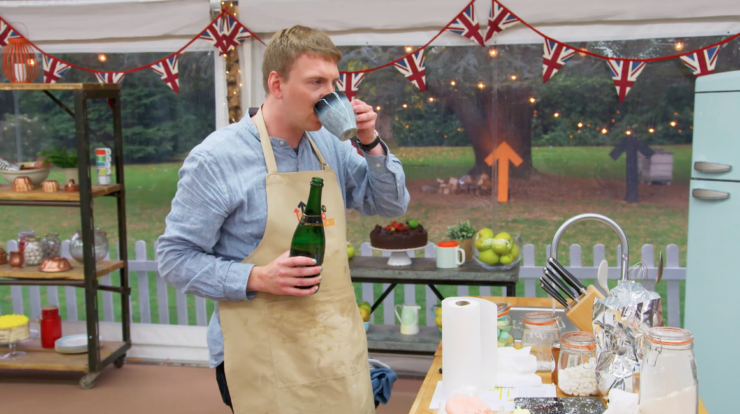 Griff Rhys Jones’ approach to the tricky Showstopper challenge this week was nothing short of inspirational. Though he’s far from being a professional baker, he didn’t shy away from trying out some new skills in the kitchen. Instead of taking the easy option and modelling his cake decorations from fondant, he went hell for leather and crafted mushrooms, logs and fencing out of chocolate to create his allotment garden edible Showstopper. It may not be winning any awards for precision, but as Prue said: “A compost heap isn’t going to be neat as a pin, is it?”. 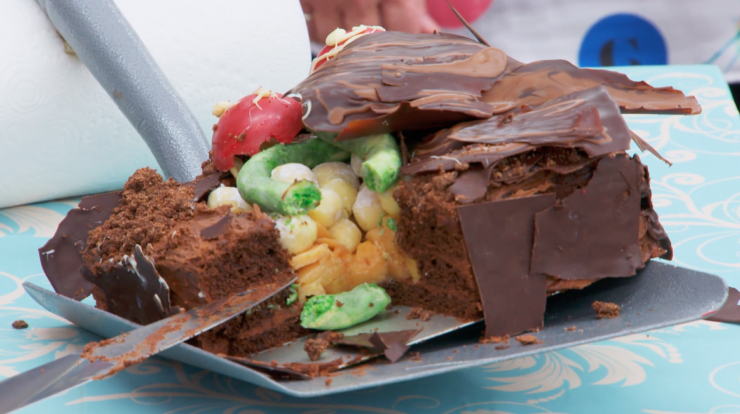 Want to get involved with your own Bake Off to raise money for Stand Up To Cancer? Get your fundraising pack and start baking here.

The Great Celebrity Bake Off for Stand Up To Cancer is a five-part series to raise funds for Cancer Research UK on behalf of Stand Up To Cancer. Catch a fresh batch of celebrities every Tuesday night from 6th March until 3rd April at 8pm on Channel 4. Please donate generously to this wonderful cause at www.channel4.com/su2c.