It was Danish Week on GBBO, with Scandi-Sandi and Not-So-Nordic-Noel leading the charge through three challenges hailing from the land of vikings and Danish pastries. Manon’s French bakes have been en pointe so far, but the Norse Gods were apparently not smiling on her Danish baking, and we sadly had to send Manon on her way home this week. But fear not – before she set sail for fairer lands, we had one last catch up with her. 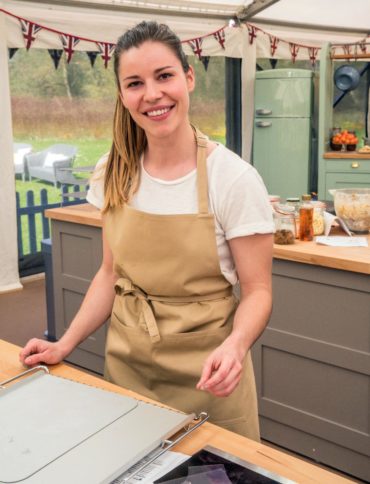 “I love Denmark! I have been twice to Copenhagen and my best friend is Danish, but none of that helped me in Danish Week. I was hoping I could have made my friend proud, but she has now forgiven me!

“Before Bake Off I did mainly cook French dishes, but coming to London has really opened up my cuisine and baking expertise. The amazing diversity of London is so exciting and I tried Vietnamese, Japanese and Indian food for the first time, and I now cook them too! I’m not so good at really spicy dishes, though. I still find mustard spicy! My last 6 years in London have taught me well, and I even get the London slang now.

“When I first came to London, Bake Off was one of the favourite shows that me and my friends loved to watch and they just kept telling me to apply. They have been watching it with me each week, either at my house or a local pub, and we have even had a viewing at work.

“I loved the Bake Off  ‘bubble’ so much. There isn’t a moment of it that I didn’t enjoy. I learned so much and I loved meeting everyone involved with the show. I am my own worst critic, though. I put my heart on a plate so the judges would either cuddle it or kill it. It was hard to take the criticism but I valued it and learned from it.

“Noel and Sandi are so funny as a double act. They are amazing, and when you had a down moment they were so supportive. Just a little word or a cuddle helped you so much and made the atmosphere so much lighter, as it gets quite intense in that tent. Noel could tell when I was getting a bit stressed!

“I am not sure what the future holds for me, but I am open minded. The Bakers are such a tight group of friends, it has been amazing. I saw Kim-Joy’s hair in Week One and I said if I make it halfway through to Week 5, I am going to dye my hair bright pink like hers, which I did, and I’ve kept it pink since. A group of us are planning a trip to Berlin in November, and we have lots of other plans ahead, so it’s going to be a lifetime friendship I think.

“Every week I remained in the tent was a bonus, and to be a quarter finalist — well that for me was a huge personal achievement. I didn’t make it to Patisserie Week which was a shame as that  is what we French are known for. I so wanted to get to that particular week as it would have made my parents so proud, but it was not to be. C’est la vie!” 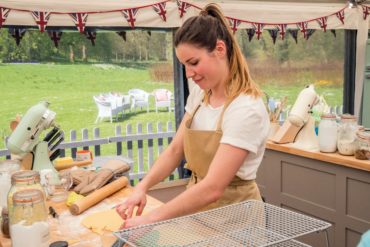 Manon will join Jo Brand on The Great British Bake Off: An Extra Slice on Friday 19th October at 8pm on Channel 4.