This gâteau is a retro family favourite in our house. It is an intensely chocolatey cherry combo that seems to please all demographics, from the ‘I-remember-these-from-the-70s’ types to the ‘I-hate-cherries-but-this-is-all-right’ types. Just make sure to serve with a fork to hand; it tends to be too messy for fingers.

For the whisked sponge:

For the filling and sides:

390g jar of cherries in kirsch 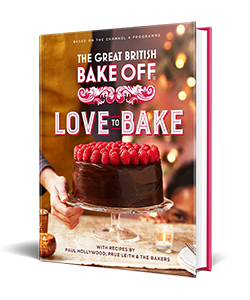 Step 1
Heat the oven to 180°C/160°C fan/350°F/Gas 4. First, make the soured-cream sponge. Melt the butter in a pan over a low heat, then remove from the heat and leave to cool. Meanwhile, mix together the flour, both types of sugar, and the cocoa powder, baking powder, bicarbonate of soda and salt in a large mixing bowl until combined.

Step 2
Using an electric hand whisk, whisk the eggs, soured cream and vanilla in another bowl until fluffy. Using the same hand whisk, mix the sunflower oil into the cooled butter, then whisk in 300ml water to form an emulsion. Gradually pour in the egg and soured-cream mixture, whisking until smooth.

Step 3
Pour the wet ingredients into the dry, and whisk again until smooth. Divide the mixture equally between the lined cake tins and level with a palette knife. Bake for 40-45 minutes until risen, firm to the touch and a skewer inserted into the centres comes out clean.

Step 4
Leave to cool in the tins for 10 minutes, then turn out onto a wire rack to cool completely. Make the whisked sponge. Grease and re-line the cake tins. Whisk the eggs and sugar in a stand mixer fitted with the whisk, on high speed for about 10 minutes, until thick and mousse-like and the mixture leaves a ribbon trail when you lift the whisk.

Step 5
Meanwhile, melt the butter in a pan over a low heat, then remove from the heat and leave to cool. In a separate bowl, sift together the flour and cocoa powder. Using a large metal spoon, gently fold this into the egg mixture, taking care not to knock out the air. Gently pour the cooled melted butter down the inside of the bowl and carefully fold in.

Step 6
Divide the mixture equally between the lined tins. Bake for 20-25 minutes, until springy to the touch. Leave to cool for 5 minutes, then turn out onto a wire rack to cool completely. Meanwhile, make the filling. Heat the jam in a small pan until melted. Drain the cherries (reserving the juice), chop them a little and stir into the jam. Set aside to cool completely.

Step 7
Pour the juice into a small pan and bring to the boil. Boil for about 5 minutes, or until the syrup is reduced to about 4tbsp. Brush 1tbsp of the syrup over the top of each cake. Whip 550ml of the cream with the icing sugar to soft peaks. Place 1 soured-cream sponge on a plate, spread with jam and a little cream, then top with a whisked sponge and repeat the jam and cream. Place the second soured-cream sponge on top and repeat, finishing with the last whisked sponge (use the most attractive, flattest cake for the top).

Step 8
Using a palette knife, spread the remaining whipped cream around the sides, but not the top of the cake. Place the finely grated chocolate on a dinner plate. Carefully, holding the top and bottom of the cake, lift it and roll the sides in the grated chocolate until coated. Whip the remaining cream to soft peaks. Spread a little on top of the cake to cover and spoon the remainder into the piping bag with the star nozzle. Pipe rosettes of cream around the top edge.