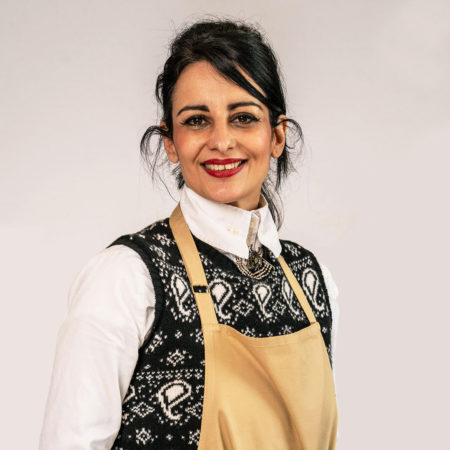 Helena spent much of her childhood watching her Spanish grandmother cook and bake, but it was only after moving to Las Vegas as part of an exchange scheme at school and living with a Mormon family that Helena really started baking. She was born in Ceuta (an independent Spanish city in north Africa), raised in Lanzarote and studied in mainland Spain. During her degree she moved to Leeds on an exchange, where she now lives with her husband and baby daughter. Helena likes to use American flavours, such as pumpkin, pecans, maple and cinnamon in her bakes. She also likes to use traditional Spanish flavours, including almond and paprika, as well as incorporating her passion for all things Halloween into her baking creations.

Helena’s Away with the Fairies